Click here to go to: Friends of Ocean Parkway: Click "Sandy" tab for Hurricane Sandy images in so... 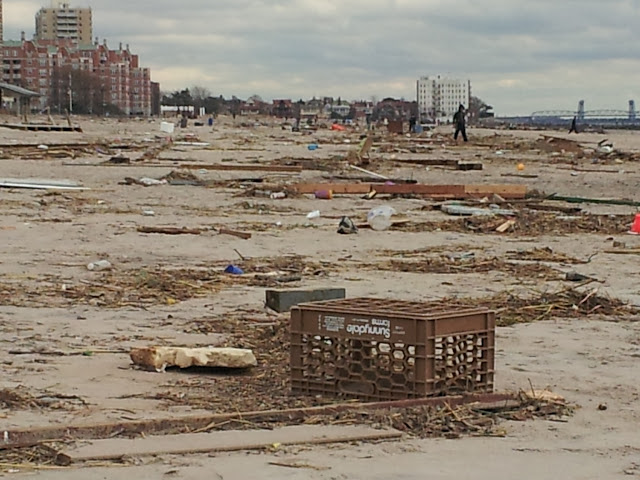 Coney Island library branch reopens, nearly a year after Hurricane Sandy destroyed it  - NY Daily News
(Excerpt)
The last of Brooklyn’s Sandy-slammed libraries has finally reopened — and it incorporates a fitting symbol of the superstorm that devastated six branches.
When officials cut the ribbon on the restored Coney Island branch Wednesday morning, they also showed off the coolest part of the gleaming facility: a ceiling that incorporates dozens of planks from the historic boardwalk that was also destroyed by the storm. 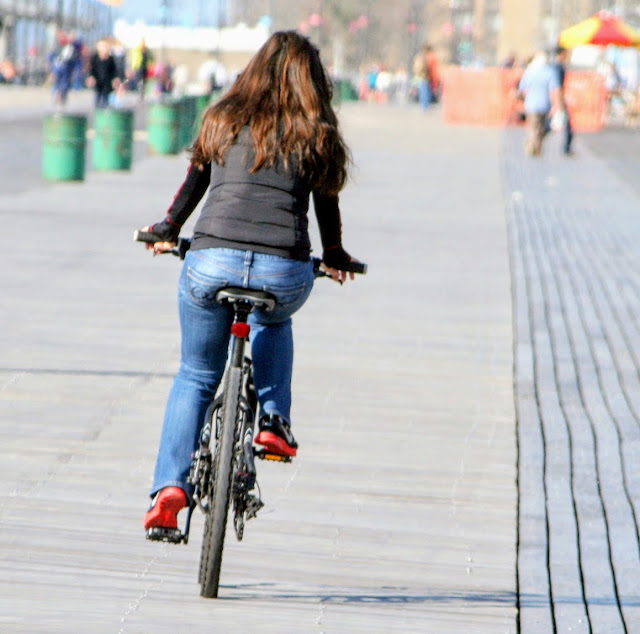 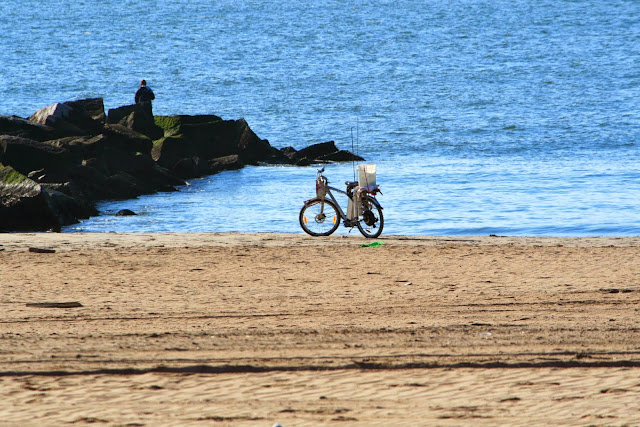 Spooky Return for a Sandy-Battered Ride at Coney Island 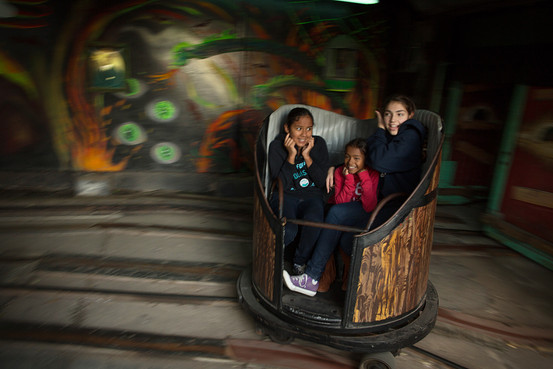 Have no fear, fans of Coney Island’s Spook-A-Rama haunted house. Most of the ride’s beloved, half-century-old haunts have been refurbished after suffering severe damage from superstorm Sandy.Following a painstaking renovation that involved niche repairmen, the ride inside Deno’s Wonder Wheel Amusement Park is once again scaring the daylights out of parkgoers, in time for Halloween and before the first anniversary of the storm.“We didn’t just want to be back,” said Dennis Vourderis, who runs the park with his brother, Steve, the two of them having inherited it from their father. “We wanted to be better. We wanted to stay special.”The deadly storm caused severe flooding throughout Coney Island, and Deno’s was hard hit. Some novelties couldn’t be salvaged, including numerous arcade games.
0 comments

Kingsborough Community College Bouncing Back After Sandy » Sheepshead Bay News Blog
(excerpt)
Like many institutions in Southern Brooklyn, Kingsborough Community College (2001 Oriental Boulevard), was wrecked by Superstorm Sandy last year. NY1 is reporting how the school has generally fared since the storm, tracking its recovery and progress in the wake of the disaster.

When the winds and waters of Sandy blasted through the area last year, the KCC Maritime Technology area located in Sheepshead Bay was left heavily damaged. While declaring that work still needed to be done, Merchant Marine Captain and Program Director Anthony DiLernia commented on the experience of trying to fix the school, and some of the remaining mess.

“We learned from the storm how to reconfigure our marina. Half the marina was destroyed by the storm,” DiLernia said.

The report noted how  the storm surge battered the campus, heavily damaging the infrastructure and buildings of the college. Despite the damage, the school reopened one week later. NY1 described how getting the school operating again ultimately helped in the recovery process for the faculty, staff and students working at the institution:
0 comments