The workmanship is exquisite. the sculpting of of each horse's action is astounding.  Each horse is more outstanding than the next.  Not just for kids anymore.  I was tempted to volunteer to stand by someone else's kid so I could stand and enjoy the ride. $3.00 each ride.  Do I really have to wait until I have grandchildren? 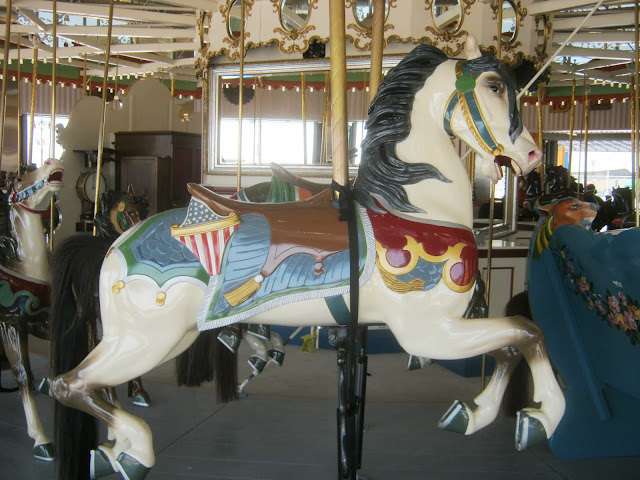 The B&B Carousell (historically spelled with two “Ls” likely due to the spelling used by the carousel’s original manufacturer) is the only historic carousel in Coney Island and represents a link between the amusement area’s past, present, and future. 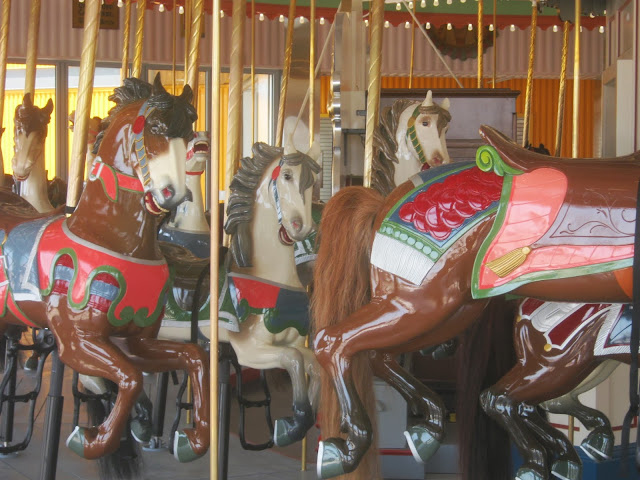 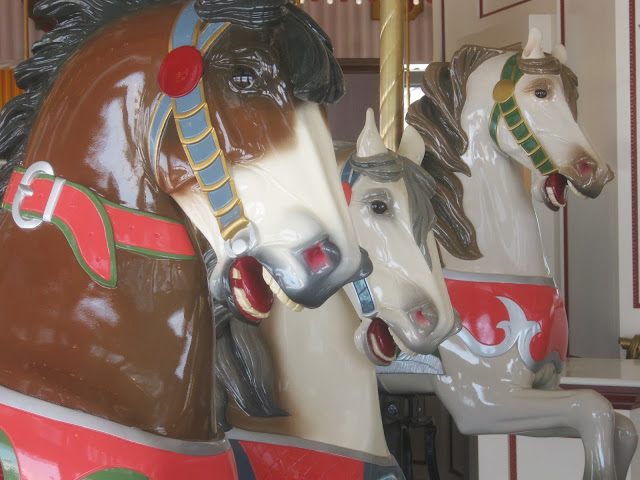 The carousel operated on Surf Avenue for seventy years until it was nearly sold in pieces at an auction in 2005. The City of New York instead purchased the carousel to preserve this important piece of Coney Island’s history and restore it to its former glory. A team of carousel restoration experts and art conservators – from Carousels & Carvings Inc. and Intermuseum Conservation Association – diligently restored the carousel to its original condition, including a new, custom-carved wheelchair-accessible chariot. 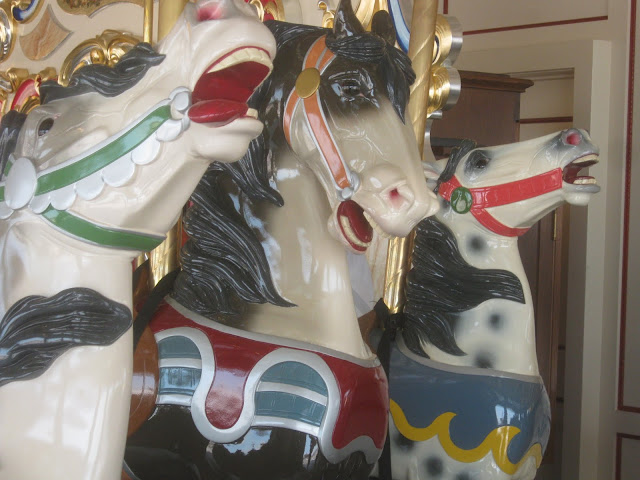 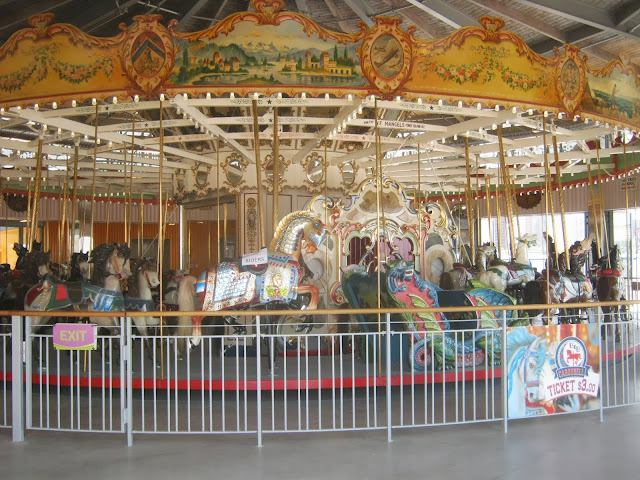